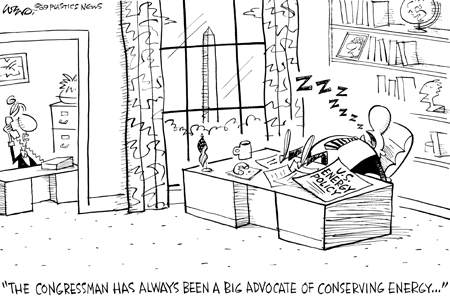 Plastics News' 20th anniversary in 2009, we continue with our weekly countdown of the Top 20 issues of lasting impact, as reported in our pages.

The series will end with the No. 1 issue in our 20th Anniversary special edition March 16.

To outsiders, the plastics industry can be a difficult sector to understand. A lot of people equate plastics with chemicals, or specifically with oil.

So whenever oil prices shoot up dramatically, I get phone calls from business news reporters from around the country. They call looking for quotes for their stories about how the plastics industry will be impacted by rising oil prices.

They ask: “Since oil prices are going up, does that mean consumers are going to be hit in their pocketbooks? Will they pay more for trash bags and housewares, appliances and cars?”

And my answer is always … well, it's not that simple.

When you're a newspaper reporter on deadline, that's not the answer you want to hear. You want pithy, clever quotes. You want the Plastics News guy to confirm what you think you know about plastics (or what your editor thinks he knows). You don't want a complicated lesson on the relationship with plastics and energy prices.

Well, that's tough. Because energy is a cyclical business that's affected mostly by supply and demand — you remember Economics 101, right? Plastics processors are definitely affected by energy prices — but their ability to pass through price increases can sometimes be hampered by other factors.

Remember back in April 1997, when Rubbermaid Inc. Chairman and Chief Executive Officer Wolfgang Schmitt told shareholders that for every 1 cent resin price increase imposed by suppliers, Rubbermaid's cost of business went up $10 million?

Well, polyethylene prices rose from about 31 cents per pound in early 1994 to 50 cents per pound in August 1996. Does that mean Rubbermaid raised its prices by nearly $200 million, and consumers ended up paying more for plastic trash cans, kitchen storage containers and Little Tikes toys?

Rubbermaid's raw material costs did go up about $200 million. But the nasty laws of supply and demand interfered with the company's efforts to raise prices.

Long story short, two years later Rubbermaid ended up merging with Newell Co., partly as a strategy to give it more clout in its negotiations with retailers like Wal-Mart. And by 2005, Rubbermaid was outsourcing manufacturing like crazy and de-emphasizing plastics products in favor of those made of wicker, wood, metal and glass.

Rubbermaid got bit in the behind by the price-volatility bug. It's a problem that's perplexed and annoyed plastics processors for decades. They certainly weren't the last.

In the summer of 2008, oil prices shot up from $30 per barrel to $147 in just a few months. Soon, we were publishing stories about plastics processors that were closing their doors, blaming rising resin prices.

Then, as rapidly as prices rose, they sank, ending the year below $40. Does that mean things are looking up for plastics processors? No — you see, there's that pesky supply-and-demand thing again. When the economy is slumping, resin could be free but you'd still find companies with ugly balance sheets.

Price volatility is a fact of life for the plastics industry. In North America, pricing has more to do with natural gas than oil, at least for most commodity thermoplastics. But the relationship is complicated. Look at it this way: If you're selling resin and demand is strong, it doesn't matter if your feedstock prices are low — you're going to raise prices.

Dow Chemical Co. Chairman and Chief Executive Officer Andrew Liveris attracted some attention last year — when energy prices were high — when he called for the government to get serious and develop a U.S. energy policy. President-elect Barack Obama seems interested in keeping this issue on the front burner in Washington, even though lower oil prices have swept away some of the urgency.

If we've learned anything in 20 years, it's that if you think energy prices will go up or down, you're probably right. They rarely stay still for long.

If you think Washington is finally going to do something about them, you're probably wrong.

And if you think you can predict which direction energy prices are headed, you're probably delusional.

Don Loepp is Plastics News' managing editor, and author of the Plastics Blog.