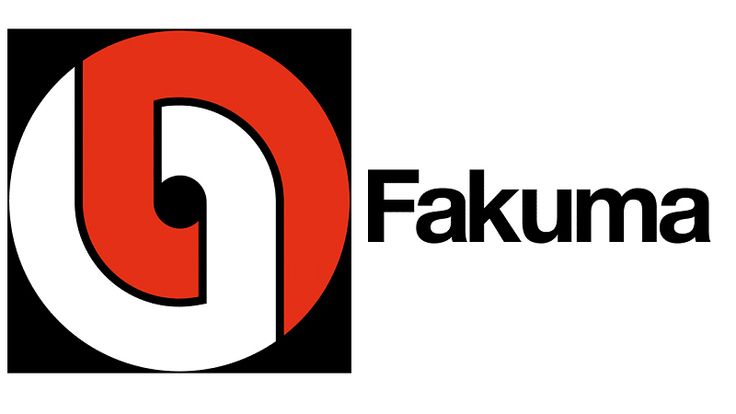 Plastics News reporters are on-site at Fakuma to produce show dailies. Follow along for more coverage at www.plasticsnews.com/fakuma. The show daily issue is available to Plastics News subscribers here.

While the COVID-19 delta variant continues to loom over global economies, European plastics machinery associations are pointing to signs of underlying demand driving a recovery as well as warning that supply chain problems could dampen growth.

It's a complex situation but the Italian plastics and rubber machinery association Amaplast noted positive signs in a mid-September report from its annual meeting, particularly an "accelerating recovery" in the second half of 2020 that kept momentum into this year.

"The recovery continued into the first half of 2021, with an 11-point increase in revenues compared to the same period in 2020," the association said in a Sept. 22 report.

Similarly, in Germany, the plastics and rubber machinery division within the VDMA association pointed to solid fundamentals, noting that "economically, the industry is currently doing very well again."

But both groups also cautioned that global supply chain problems and shortages of raw materials and component are posing increasing risks to growth.

VDMA said its members believe it could cut sales by up to 10 percent and the Italians warned those challenges could delay a full return to the pre-pandemic economy for its members until 2022.

On the positive side, the groups pointed to increases in both domestic and export markets.

Amaplast said that compared with the very difficult first half of 2020, orders for its member companies rose 46 percent from January to June this year and exports were up by 25 percent.

The Italian association said it was "driven by double-digit growth in sales to primary destination markets such as the United States, Germany, China and Poland."

"Strong recovery is also seen in the domestic market, with greater propensity for investment deriving from the incentives in the government's industrial plans," the Italian group said. "The outlook for the upcoming months is marked by optimism bolstered by the positive signals arriving from various markets and applications."

It said the impact of the pandemic was not as bad as the association had feared in the darkest moments of the public health crisis.

"The final balance of the difficult year of the pandemic was less negative than might have been expected, thanks to the accelerating recovery in the last quarter," Amaplast said.

Similarly, Germany's VDMA pointed to a strong end to 2020 and a solid early period in 2021, pushed by demand for plastics equipment in packaging, medical automotive and construction markets.

Overall sales for 2020 were 12 percent below 2019 levels, but new business meant that order books in 2020 were stronger, the association said in a June report.

"All this resulted in a 7 percent increase in incoming orders compared to 2019, making plastics and rubber machinery manufacturing one of the few machinery sectors to close out 2020 with fuller order books than in 2019," said Ulrich Reifenhäuser, chairman of the rubber and plastics machinery group within VDMA. "Incoming orders showed a rapid increase from the summer onwards."

Like the Italians, the German industry, Europe's largest for manufacturing plastics machinery, is heavily dependent on exports.

It similarly pointed to strong markets in the United States and China as "driving the upswing."

The U.S. reclaimed its spot as the top export destination for German machinery, VDMA said.

Overall, it said exports dropped 11 percent in 2020, but plastics and rubber machinery deliveries rose eight percent to the United States, where VDMA said "the investment situation proved to be very robust."

For China, the Germans said that while exports to Asia's largest economy dropped 3 percent, local demand there remained strong and the factories of German companies in China were "operating at full speed."

"All in all, this means that China remains the most important sales market for German plastics and rubber machinery," VDMA said.

In June, the German association said it expected a sales increase of at least 10 percent for its plastics and rubber machinery companies in 2021 and suggested some companies could "expect record results this year."

A huge green cow model stands on the roof of a booth at Fakuma 2021 in Friedrichshafen Germany.
Supply chains slow growth

But the supply chain problems also pose a serious risk, the associations said.

Florian Mikulash, a VDMA market analyst, said in an Oct. 5 email that machinery companies are reporting that those ongoing supply chain issues may mean lost sales.

He said the industry's economic picture remains essentially the same as it did when it released its June report, but raised a flag over problems in the production chains.

"Three out of four companies in the plastics and rubber machinery industry expect that the tense supply chains could cost them a drop in sales of between 1 and 10 percentage points," Mikulash said.

VDMA Managing Director Thorsten Kühmann said that companies faced the paradox of full order books but having to limit their own production.

"The bottlenecks in the supply of plastics — which is impacting the willingness on the part of manufacturers to invest — as well as in the sector of metals and electronic components, could soon lead to the paradoxical situation of machine manufacturers having to curb production despite full order books," he said.

Supply chain problems have also been a drag on the U.S. machinery market, although overall it continues to recover from the pandemic, according to the Washington-based Plastics Industry Association.

In a September 7 economic report, Perc Pineda, the chief economist for the association, said that while shipments were down in the first half of this year compared to the previous quarter, they remain above the pandemic levels of 2020.

"While new orders of plastics equipment have been increasing, ongoing supply chain issues–-shortage of parts and components — are causing longer order-to-delivery timelines," Pineda said. "This explains the decrease in shipments in the second quarter."

"For the third consecutive quarter, plastics equipment shipments were higher from a year earlier," he said. "The underlying trend in plastics equipment demand remains upward sloping — still in sync with the robust economic recovery."

The Italian association noted a similar situation, a continuing recovery facing problems like rising freight rates and prices for components, as well as scarcity of some raw materials. It will delay the industry's return to pre-pandemic economic levels, Amaplast said.

"Due to these problems, operators do not expect to recover 2019 levels in full by the current year, postponing the return to pre-pandemic situation more likely in 2022," said Stefania Arioli, Amaplast marketing manager.

Amaplast pointed to continuing unknowns about the coronavirus and record high prices for ocean shipping.

"Uncertainties still remain regarding the spread of the Delta variant and concern is still high about high raw materials prices and their relative scarcity, factors which lengthen average delivery times and compress margins," Amaplast said.