How Asaclean PLUS cut a custom molder’s hot runner scrap by 62.5%

Sponsored By Asaclean Purging Compounds
This content was paid for by an advertiser and created by Crain's Custom Content.
Print

A southeastern custom molder focused on consumer goods has doubled its business in the past five years, but scrap issues on their multi-cavity hot runners were holding them back from continuing that growth. They tried purging compounds from four different companies, but were unable to improve changeover time on their 20-plus weekly color changes. In order to continue their growth, they needed to figure a way to make their hot runner color changes easier and more efficient. Also, they wanted an easy-to-use product for their new hires.

• Better Performance – after trialing four competitors’ products to solve their hot runner issues, PLUS Grade was the first to make a significant impact in changeover time.
• Changeover time dropped from 30 to 40 minutes to less than 15 minutes.
• Production scrap dropped from 5% to 1.87%

• Ease-of Use – Asaclean PLUS is a concentrate that blends with their production resin. You don’t need to change materials, worry about matching MFR or worry about processing temperatures.

• A Smaller Footprint – As this molder is growing, they are squeezing every square foot out of their location to meet processing demands. PLUS Grade comes in small, easy-to-store boxes that leave more room for the processors to do their jobs effectively. 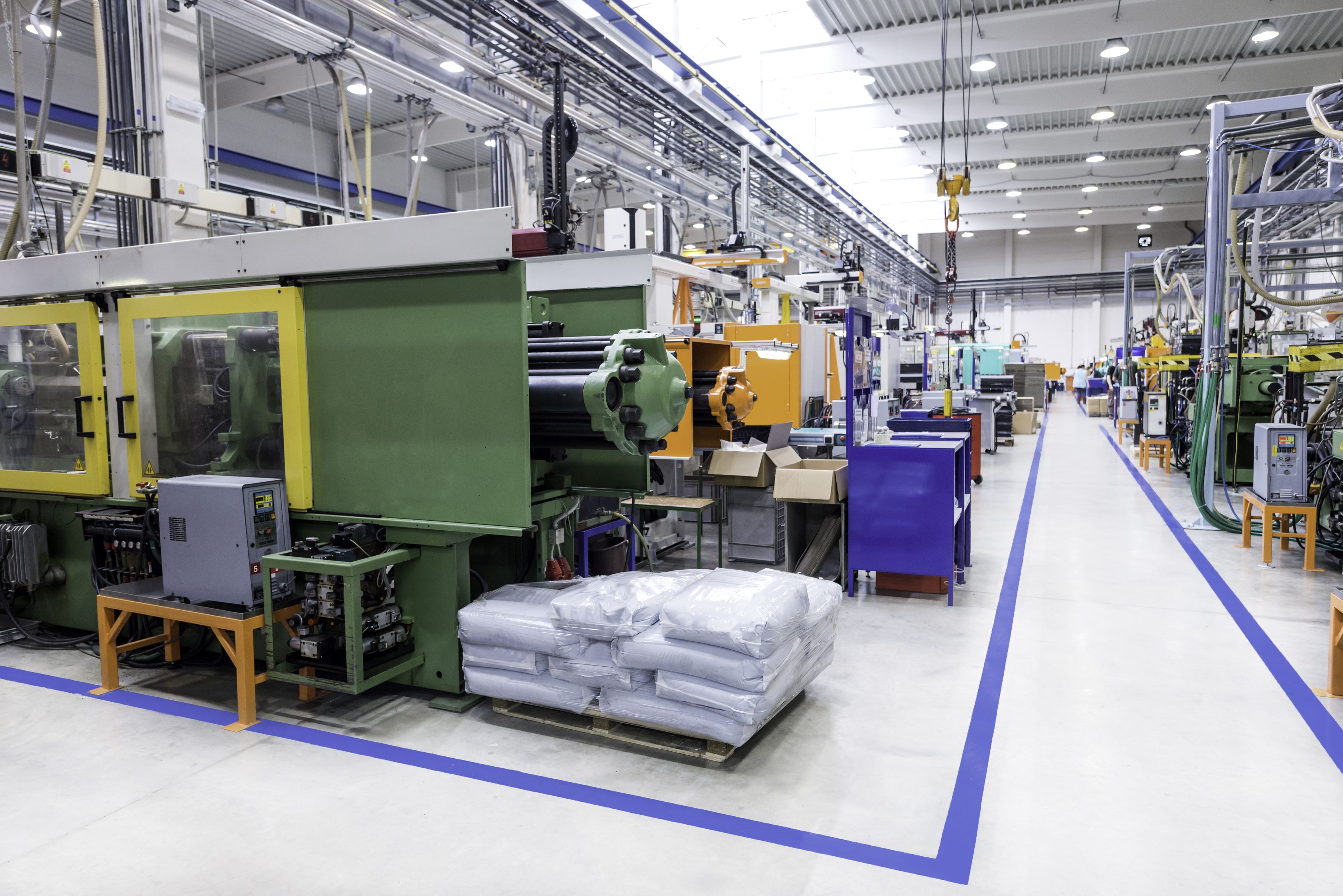 Meet Our Customer: A Southeastern Custom Molder in Consumer Goods Needed to Improve Efficiency to Continue Their Growth Strategy

This fast-growing custom molder has been using a Purge Program for years to help improve process efficiency and reduce wasted money, manpower, resin, machine time and scrap. They have a plant culture built on education and working with their vendors to make sure everyone understands how to get the most out of their equipment, resins and MRO products.

With a focus on consumer goods and sports equipment, they take pride in helping people enjoy the outdoors and making the most out of their space. They run lean and have used their proactive approach to help them double the size of their business over the past five years. They currently run close to 4 million pounds of polypropylene every year and have upwards of 20 color changes every week. But growth comes with growing pains; in order to continue their growth strategy, they needed to figure a way to make their hot runner color changes easier and more efficient. Their plant manager, Ray, heard about Asaclean’s new PLUS Grade, a powerful concentrate, that showed promising results in hot runner trials. With PLUS Grade’s help, Ray immediately reduced the production scrap-rate on his hot runner changeovers from 5% to 1.87%.

The Challenge: Reduce Scrap-Rate on Their Multi-Cavity Hot Runners for 20+ Weekly Color Changes

This molding shop was seeing exponential growth, but despite using a Purge Program throughout their business, they had yet to find an answer for lengthy changeover times and scrap-rates on hot runner color changeovers. As Ray explained, “We run twenty-something different colors with pearls, tallow blue colors, I mean, nasty colors that are tough to move and get out of a barrel, and then you're pushing it all through a hot runner. That’s our biggest pain point.”

Additionally, Ray needed to find a product that was easy to use for his growing production team.

“We needed something easy-to-use that didn’t disrupt production. We’re running polypro and stay at the same processing temps. On-the-fly color changes are crucial to keeping up with our customer demand,” he said.

Ray’s team had tried products from four major players in the purging industry, but they weren’t seeing the results they wanted.

“We tried everything. I remember we had some mechanical grades, two chemical grades that just popped and made noise, and a concentrate from a small vendor, but nothing made much of a difference,” Ray said. “We really struggled with cleaning out the gates in our molds. What we were doing just wasn’t going to help us get to the next level.”

The Solution: Asaclean’s PLUS Grade

After exhausting his other options, Ray heard about a new Purging Concentrate called Asaclean PLUS Grade that was designed specifically for challenging applications, including, but not limited to, multi-cavity hot runners, extrusion and extrusion blow molding. Ray was already using another Grade of Asaclean for his plant’s overall Preventative Purge Program, so he was eager to see how it performed.

“I told my rep that our biggest problem is our hot runners and that’s where we need the most help. That’s why I was excited when he told me about the PLUS Grade,” Ray said. “For some things like cleaning screws and barrels, most of the good purging compounds do the job. It’s not hard. Cleaning molds, that’s hard. I told my Asaclean rep, ‘that would be our Holy Grail — a purge that solves hot runner color changeovers.’”

For Ray, this was a very time-sensitive issue, so he decided to immediately set up a trial to see how PLUS performed against his other options. Within 48 hours, his rep arrived on-site to help him get started. During the visit, Ray’s Purging Expert explained how to get the most out of the concentrate grade, helped complete a full production trial, and trained Ray’s full production team on best practices. The results speak for themselves.

Within two weeks of implementing PLUS Grade for hot runner color changeovers, the scrap-rate was reduced from 5% to just 1.8%. Ray’s team is running more good parts in less time.

“Our color changes are all done in 15 minutes or less, so we don’t have time wasted,” Ray said, noting he was very impressed with what he saw. “Compared to some of the other products, this cleans faster and a lot better. The other thing that’s very nice is I don't have to mess with matching MFRs or Temps.

“I've got my production material, and I can just use my material. I don't handle anything extra, I don't have to change a thing. This stuff was pretty shocking to me because, one, it was just so easy and we never had to do anything. It's just like putting our masterbatch in, click a button, throw some dosage in there and go. And two, it cleans incredibly well. So, we just looked at each other like, ‘that’s pretty cool!’” 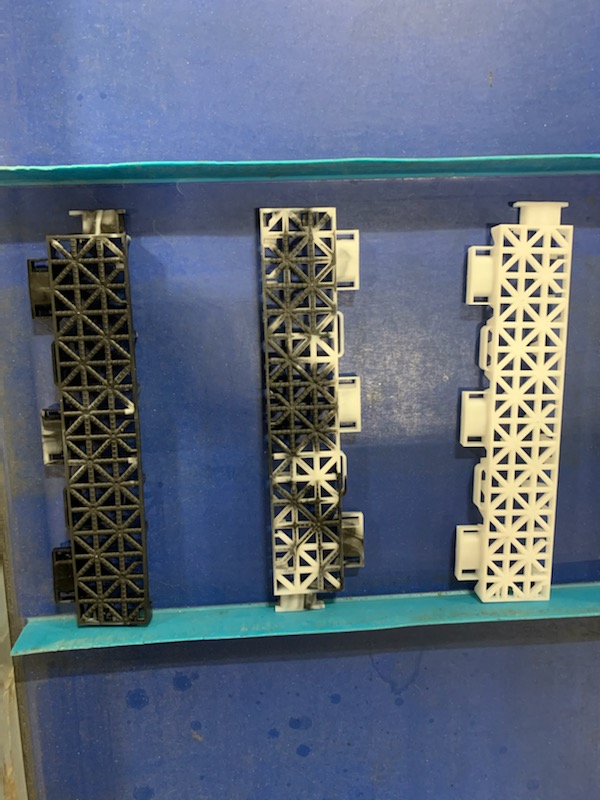 “Now that we have the PLUS in the blenders, it can't get any easier than that,” Ray continued. “Because our blenders are mounted on top of our feed throats. We’ve been using PLUS for several weeks now, and we see that a little PLUS goes a very long way.

“I’ve been trying different products to help with hot runner changeovers for years, but it’s tough worrying about tiny gates and having a resin stiff enough to push out the purge. After trying it ourselves, for hot runner color changes, PLUS Grade is the Holy Grail.”

Asaclean PLUS Grade is designed to thrive in some of the most difficult processing situations. If you’d like to request a free on-site trial and processor training session like Ray’s team, call (800) 787-4348 or fill out this form and one of our Purging Experts will reach out to you within 10 minutes.